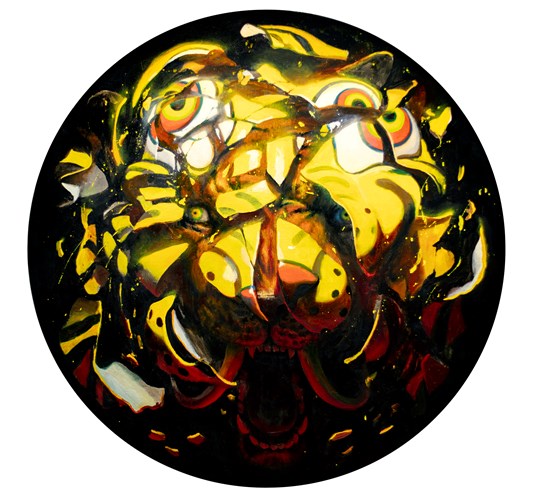 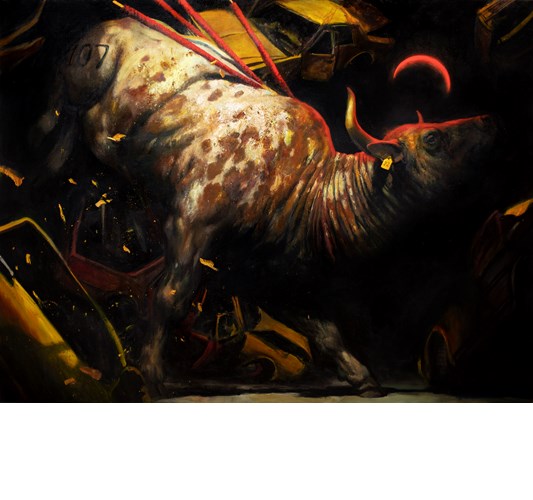 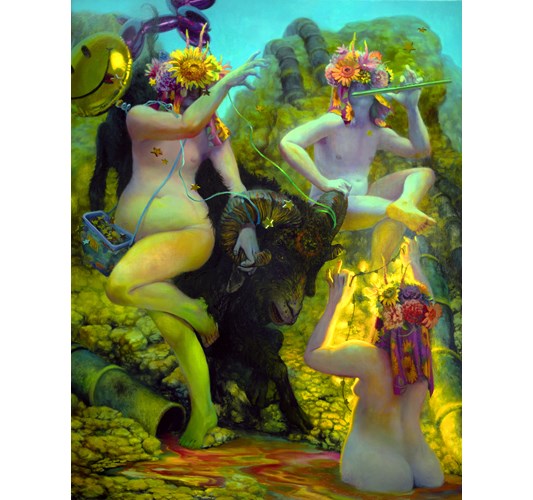 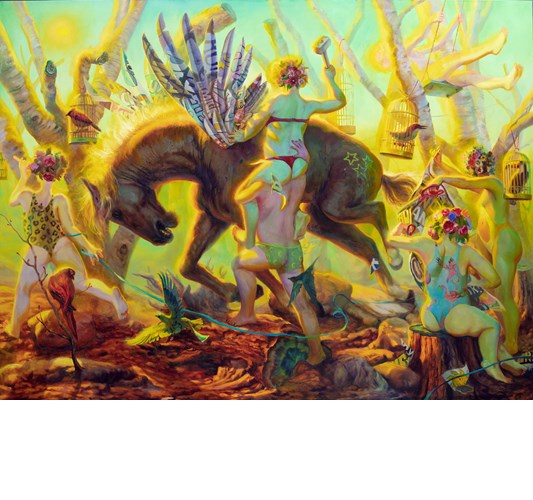 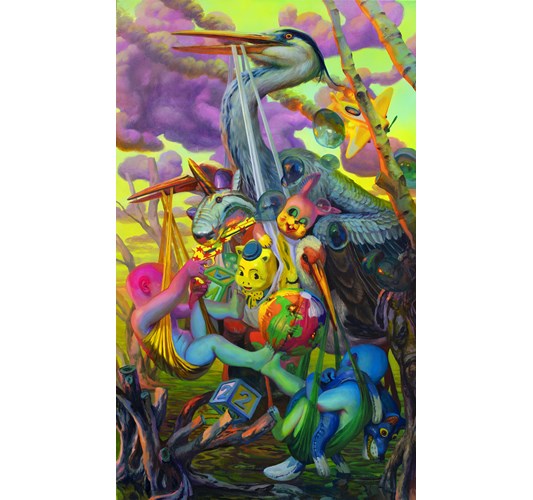 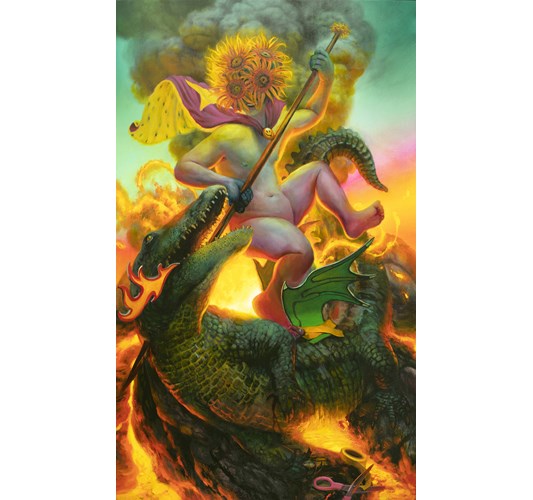 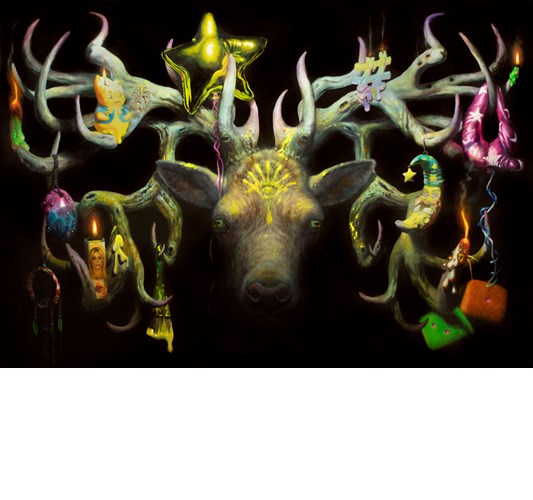 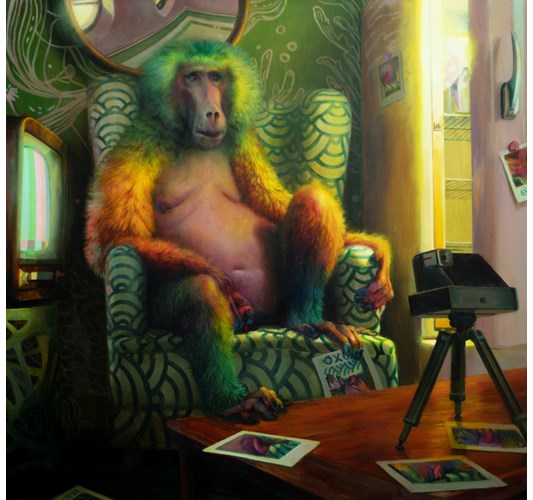 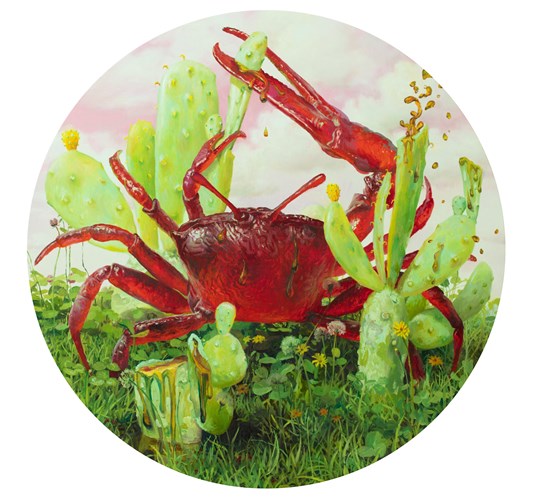 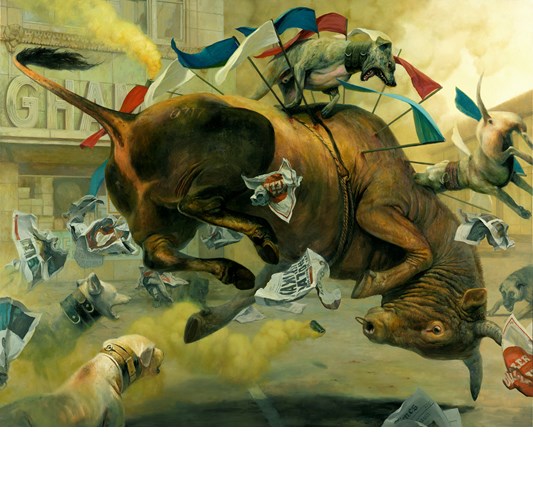 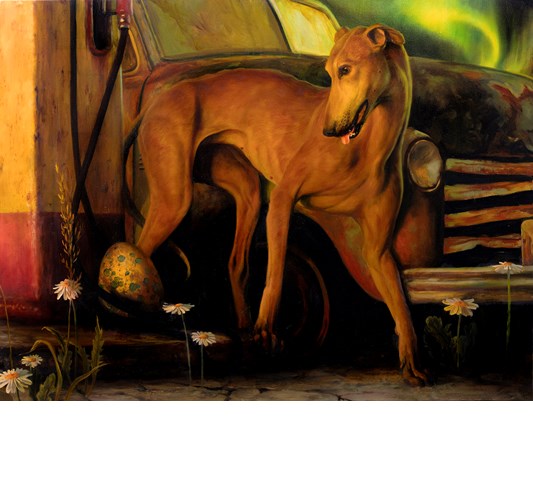 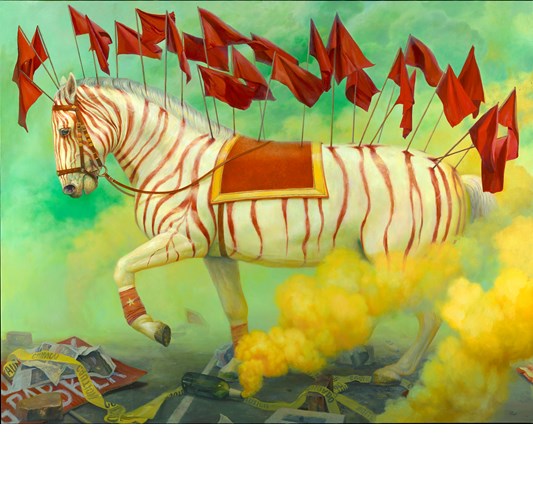 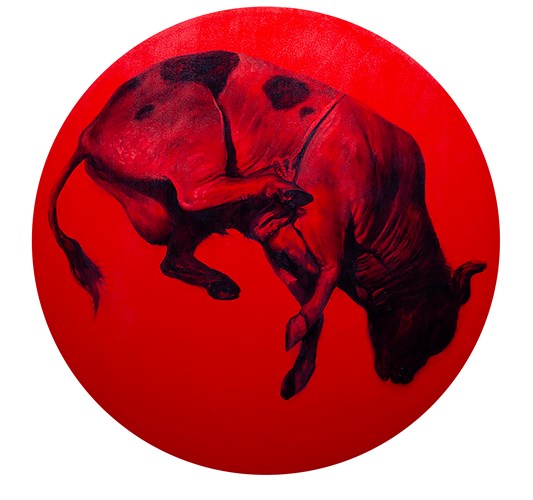 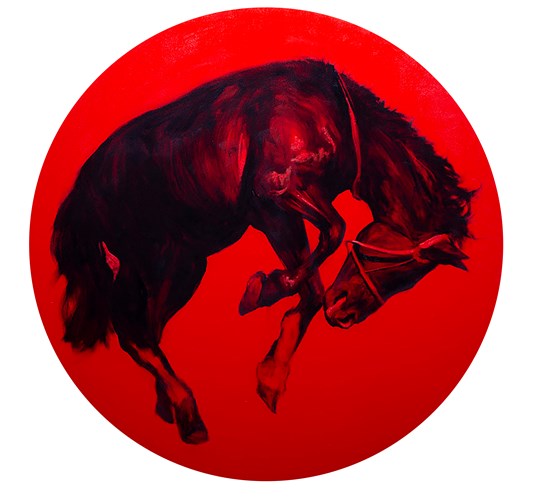 Martin Wittfooth was born in Toronto, Canada in 1981 and currently splits his time between two studios in Savannah, Georgia, and the Kingston, New York. He earned his MFA from the School of Visual Arts in New York City in 2008. Wittfooth’s work has been exhibited in galleries and museums worldwide, including the Virginia Museum of Contemporary Art, Akron Art Museum in Ohio, and La Halle Saint-Pierre in Paris, with solo exhibitions in New York City, Los Angeles, Seattle, and Montreal. His paintings have also appeared in numerous publications, including Juxtapoz, The New York Times Art Review, and Vice, and cover features in New American Paintings, Hi-Fructose, Chronogram, and American Artist Magazine.

Wittfooth’s paintings, drawings, installations and sculptural works investigate themes of the intersection and clash of industry and nature, and the human influence on the environment. Many of his works explore the theme of shamanism - rituals and practices as old as our species - through which we have attempted to dialogue with nature: the nature outside of ourselves and the nature within. His creative language uses the combination of allegory and symbolism to convey visual narratives.