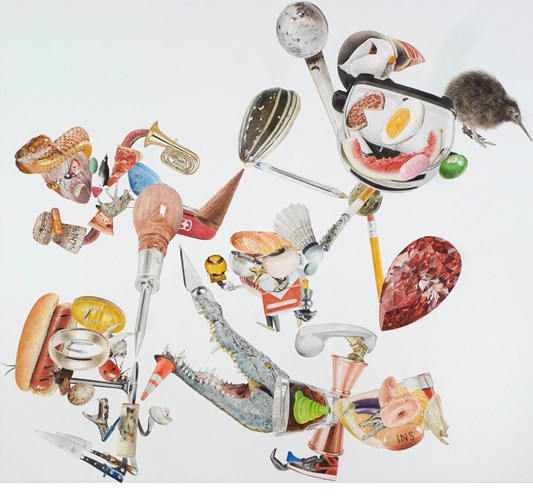 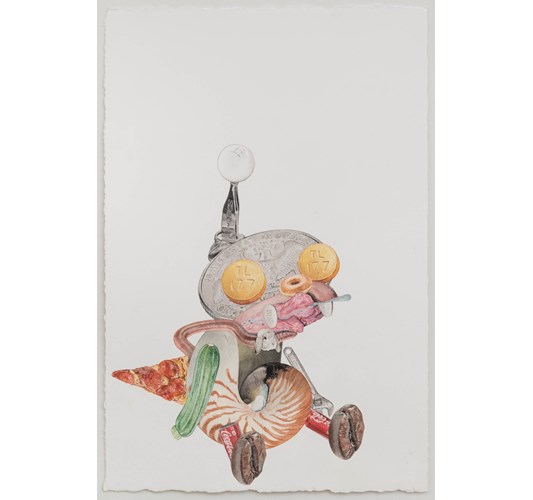 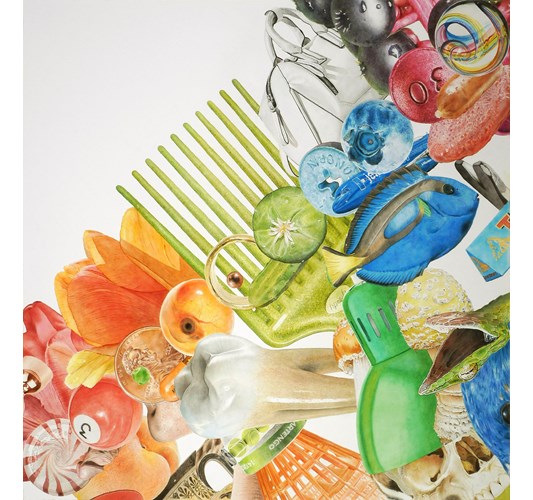 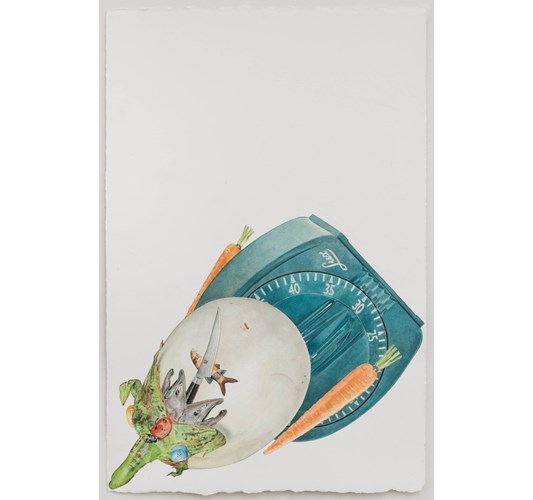 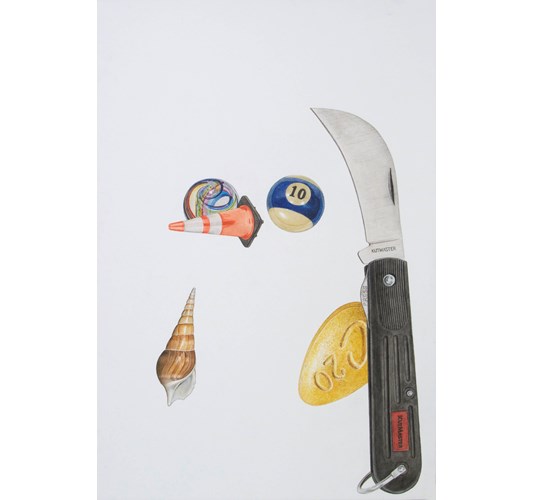 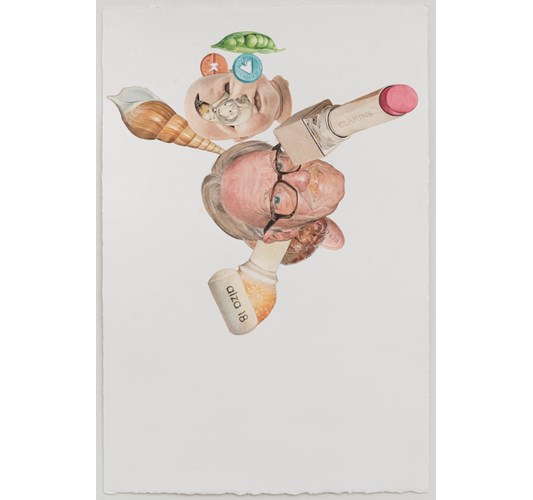 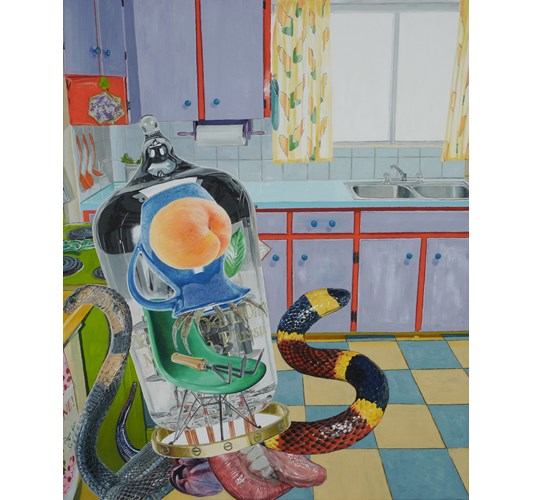 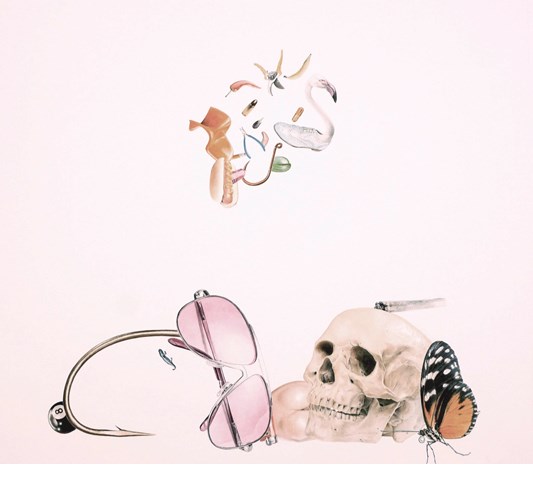 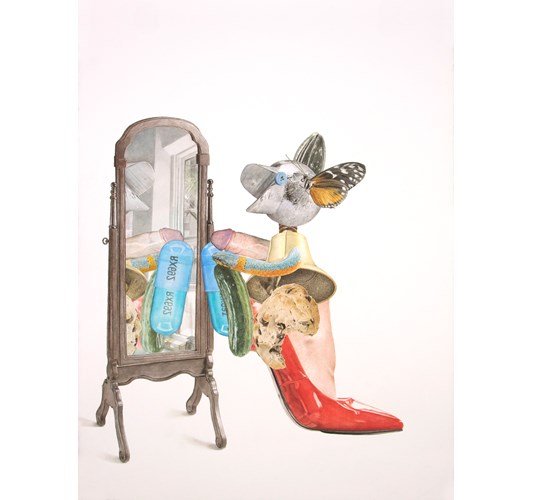 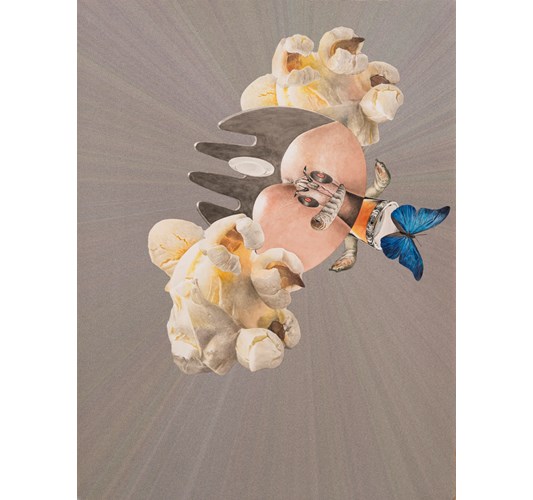 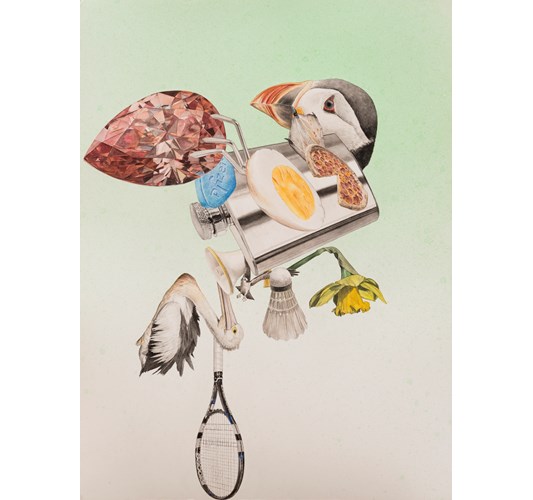 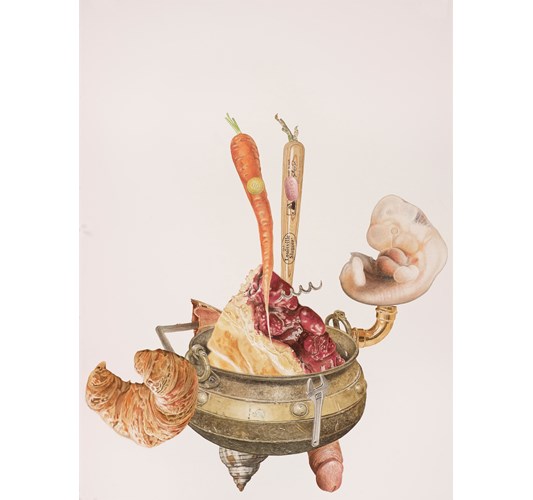 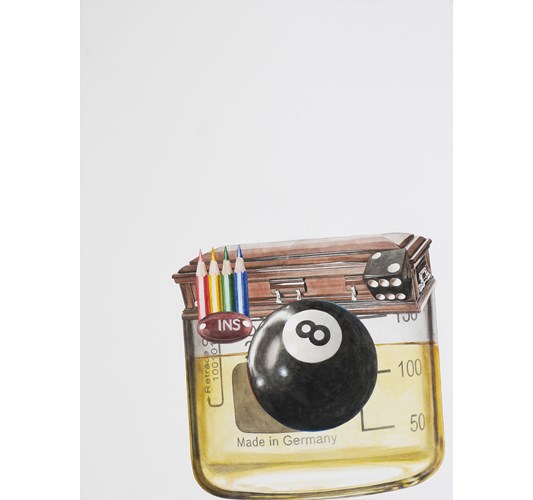 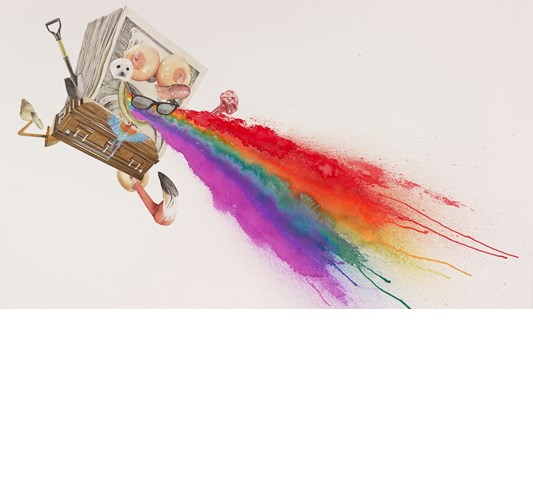 Born 1973, Cincinnati, Ohio
Lives and works in New York
To make one of these works, Alfred Steiner begins by choosing a character. Then he freely associates while looking at the forms that make up the character, just as one might look at a cloud or Rorschach blot. Take Spongebob’s neighbor, Squidward, for instance. His feet quickly suggested a treble hook, his right hand a ladle. Other forms were more difficult—his torso, for example (for which I have used a mola mola or ocean sunfish).
Some forms, like the ellipses of his eyes, are sufficiently simple to suggest several alternatives, which allows for some conscious decision-making. Sometimes this openness leads Steiner to make a connection between the character and the object, like using a puffin egg for Squidward’s nose because puffins are marine birds known to eat squid. Other times, he finds that his freely-associated object bears a relationship to the underlying character, whether by coincidence, unconscious influence or otherwise. These two processes often become so intertwined that he cannot disentangle them with respect to a particular character/object relationship.

After he settles on an object, he scours Google Images for a suitable photographic model. If he cannot find one, he free-associates another object. Then he renders the full image using these sources, which typically differ radically in terms of their clarity, resolution, contrast, saturation, etc. Steiner uses watercolor both to unite the disparate elements and to engage the tradition of naturalist illustration, keeping in mind that the underlying subjects are often wildlife (e.g., squid, snail, squirrel, plankton, starfish, crab).

These works are hybrids of the stylized and the naturalistic. They are one answer to the question: How can one reconcile the stylized and the naturalistic?
Despite their traditional medium (watercolor, with one exception) and their relationship to naturalist illustration, they are works that could not have been readily produced, if at all, until recently. This is not only because they are based on fictional characters that did not exist until 1999, but also because it would be far more difficult, if not impossible, to make them without Google Images, which was introduced in 2001. In these works, Audubon and Nickelodeon collide on the Infobahn.
Alfred Steiner, 2013